← more from
Civil Alien Records
Get fresh music recommendations delivered to your inbox every Friday. 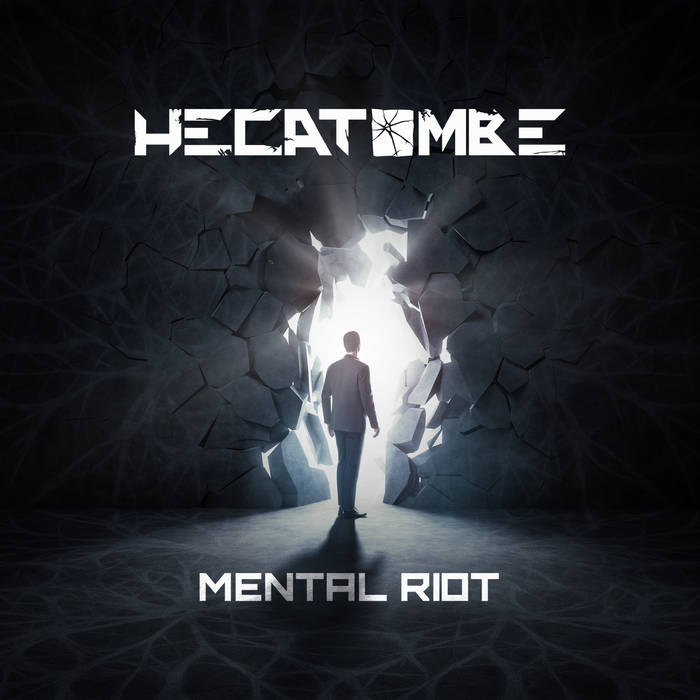 Since Hecatombe was always a band that incorporated new things and tried to break barriers inside the metal genre, the Brazilian band comes in 2020 with their definitive album, titled Mental Riot, an album that comes as a staple in the band’s long career. The album features a metal version of the song “They Don’t Care About Us” by the king of pop Michael Jackson as a first single, which will have a music video directed by Deivis Horbach, whom had previously worked with the band on the music video of “Inner Pain”. Mental Riot is an album that was produced in an uncommon amount of time, because the drummer and producer Boll3t lives in Los Angeles (USA), which required that songwriting and some recording processes had to be performed remotely, due to the fact that all the other members live in Brazil. The album had all the drums, some keyboards plus some featured guests recorded in the United States, while everything else was tracked in Brazil.

Hecatombe is a band with a long and solid career, having released 6 albums and 2 singles, all with international and critical acclaim. Since the new arrival of the new frontman Nyk de Pieri, who owns a powerful though melodic voice, the band could expand even further the horizon of their compositions, going places and sensations that were never explored before. With the guitars always creative and precise of Mauro Caldart, passing through the heavy and involving bass of Wood Lusa, culminating in the energetic and groovy drums of Boll3t, Mental Riot explore several sides of the band, from the energy and heaviness of “Break the Leash”, to a heavy version of a pop classic “They Don’t Care About Us (Michael Jackson)”, arriving in the melancholy of “It Feels I’m Going Down”.

As this vast range in their songwriting was not enough, Mental Riot has some new arrangements to old classics of the band, like “Dust to Dust” and “There’s a Hollow”, which gained new arrangements and new melodies sung by Nyk, but also they brought new sounds to the band with some very special guests, like the American singer Brigitte Roka (Aboleth, band that Boll3t was also part, in which they together performed an US Tour), who sung on the song “Gray Desert”. Another guest was the singer Vinicius Augusto (Grandfuria, Férias no Paraíso), long time friends with the band, who sung and wrote the lyrics for “Yoga”, the first song in Portuguese in the history of the band. Last but not least on the guest list, Hecatombe could count with the talent and great taste of the guitarist Luis Kalil, showing all his versatility playing bass in the instrumental track “Riffs Armageddon”.

Recorded between the South of Brasil and the United States, produced and mixed by Boll3t, mastered by the 5 times Grammy winner Lamps Lampadinha, Mental Riot is a record that arrives as a staple in Hecatombe’s career, because it’s the most honest and the one that fits most into the band’s versatile personality, a in-a-nutshell kind of album. The album will be released in every digital platform on November 6th, by Civil Alien Records.

Formed by Boll3t [drums], Wood [bass], Nyk De Pieri [vocal] and Caldo [guitar], Hecatombe writes lyrics that inspire an attitude changing through a mental riot. This personality of the quartet it’s shown in the modern energetic metal they do.

Bandcamp Daily  your guide to the world of Bandcamp

Kari Faux drops off her deluxe album 'Lowkey Superstar' plus tunes by Shunaji and Samplelov.